March 18, 2018
People who develop type 2 diabetes before the age of 40 are significantly more likely to die early than those diagnosed after 60, according to a new analysis.
The study adds weight to previous research that suggests early-onset diabetes may be a more aggressive form of the condition, say scientists. However, these findings have only included small groups of people.
The latest research drew on data from 2,706,820 people in England aged 20 and older diagnosed with type 2 diabetes after 2008 and included in the National Diabetes Audit. These individuals were cross-referenced with death register entries up to December 2015. 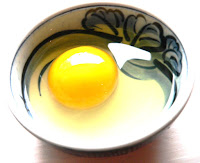 Risk Factors
Results showed that, after taking account of people's age and sex, individuals diagnosed with type 2 diabetes before the age of 40 were almost two-and-a-half times more likely to die early than those diagnosed after the age of 60.

They also showed that:
· People diagnosed before the age of 40 had higher body mass index (BMI) (33.5 compared with 29.9 for those aged 60 and over
· Those with early onset diabetes were around 5-times more likely to be from south Asian ethnic groups (22.3% vs 4.3%)
· Individuals with type 2 diabetes before 40 had higher blood sugar levels when they were diagnosed

The researchers, from the universities of Glasgow, Edinburgh and Leicester, and Diabetes UK, say that even after adjusting for other health and lifestyle factors, the risk profile remained.
The findings are being presented at the Diabetes UK Professional Conference (DUKPC). The results should be treated with caution as they have yet to be published in a peer-reviewed journal.
Support for People at Risk

Commenting on the findings, Dr Elizabeth Robertson, director of research at Diabetes UK, says: "This in-depth analysis stresses the seriousness of type 2 diabetes, especially when developed earlier in life.

"It is important these findings are taken seriously and people at risk of type 2 diabetes are given the support they need to help them minimise the likelihood of developing the condition."
Type 2 diabetes is a serious condition in which blood sugar levels are too high. The condition puts people at a higher risk of several other health conditions.
More than 4.6 million people in the UK have diabetes and around 90% of these have type 2 diabetes.
The causes of type 2 diabetes are not fully understood, but family history, older age, being overweight, and ethnic background, are known to increase the risk.